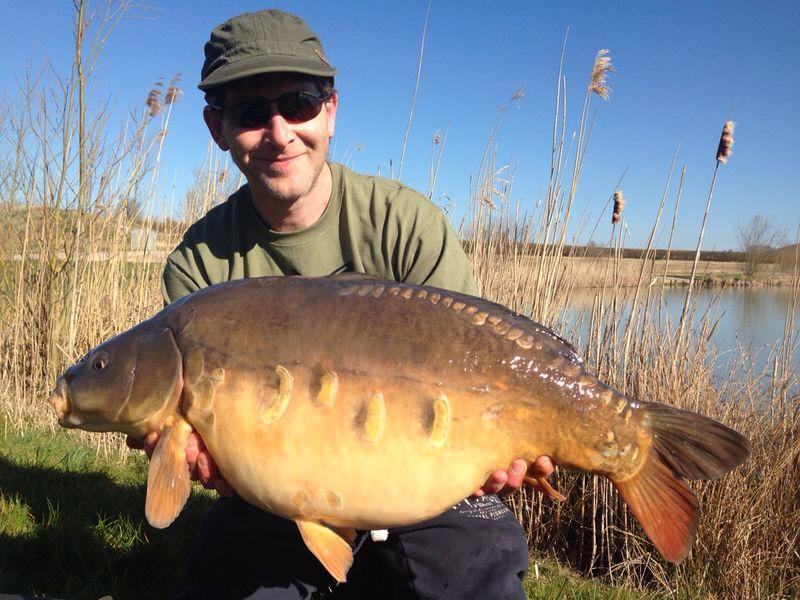 At 8.5 acres the Big Hayes has turned into a firm favourite with the BCAC competitors with the Dorset water always selling out quickly and attracting some of the contests biggest names. A stock of in excess of 700 fish ensures that action is never far away and you can expect very little sleep on this one if you want to make it through to the semis. Last year the successful tactics proved to be small bright orange hookbaits coupled with small bags, but this really is a water where chopping and changing to find the right tactics on the day can really pay dividends. Spodding and zigging have all had their time in the past so competitors do need to keep an open mind.

The forecast of strong westerly winds for the weekend had an influence on the draw for this qualifier at Todbar Manor.  Our 12 pairs of anglers took to the banks and waited for the midday hooter.  Just 10 minutes into the match Peg 3’s Paul Crocker and Steve Meyer landed the first fish of the match.

A small flurry of fish from the centre saw Peg 4’s Lee Mansi and Paul Brewer, Peg 10’s Martin Noble and Scott Leese, Peg 9’s David Colclough and Andy Lennon all catching within the second hour of the match.  Paul and Steve also landed their second catch of the match in the same hour.

Whilst our anglers expected the fish to move with the winds it seemed that the fish had their own ideas and continued to stay in the centre of the lake with another 7 fish being caught by 7pm to Pegs 4, Peg 9 and Peg 5’s Steve Lovell and Dave Bellow catching the first 2 Commons.

A few late evening fish saw Peg 1’s Ryan King and Luke Godman onto the Scoreboard and an interesting match developing between Pegs 4, 10 and 5.

After 10.30pm Todbar Manor Lake went quiet and our marshal’s and anglers all managed a good night’s sleep.  At 4am the lake woke up with Peg 5 landing 3 stunning Mirrors all within the hour.  Peg 1 caught shortly after with a lovely Common.  Peg 9 and Peg 10 both weighed in 2 Mirrors.  Peg 8’s Lewis Swift and Jack Meyer, Peg 12’s Joshua Bellew and Tom Green and Peg 2’s Karl Palmer and Cal Gutteridge all happily weighing in their first fish of the match at in the early hours.

A steady day ensued with most Pegs catching throughout the day.  Anticipation was growing too after Pegs 1 and 2 began catching.  The possibility that the fish were finally on the move and following the wind gave Karl and Cal and Ryan and Luke a little more hope for a chance of qualifying.

Peg 7’s Michael Jeziorek and Dan Bagg breathed a sigh of relief after landing their first Mirror at 1pm also giving them some hope that the fish may move.  Unfortunately one more common was all that would come their way.  Peg 6’s Matthew Pepperell and Ryan Wilshire and Peg 11’s Tom and Rich Atkins were to see no fish in their swims.

As the evening drew to a close it was clear that this was not the case as a definite battle between the centre pegs began to unfold.

Heading into Saturday night the scores were close with just pounds between our first 5 positions and our anglers spent the evening battling to stay in contention.  Binoculars were seen a number of times as the anglers kept tabs on each other.

Early morning weigh in revealed that the current positions had remained the same however with just 1 or maybe 2 fish between each place led to a nail biting morning as they waited for the midday hooter.

At 11.55pm Peg 9 shouted fish on and landed themselves a lovely Mirror wighing 14lb 07oz.  Whilst this made no difference to the placing it did push David and Andy’s total weight over the 200lb.

Todbar Manor Fisheries offered up a fantastic venue with great support from the Bailiffs.  Every fish   caught was stunning and in pristine condition.  The event was a close match from start to finish and enjoyed by all anglers.

Congratulations to our three qualifiers who will now go on to compete at the Semi-Finals in Brasenose.