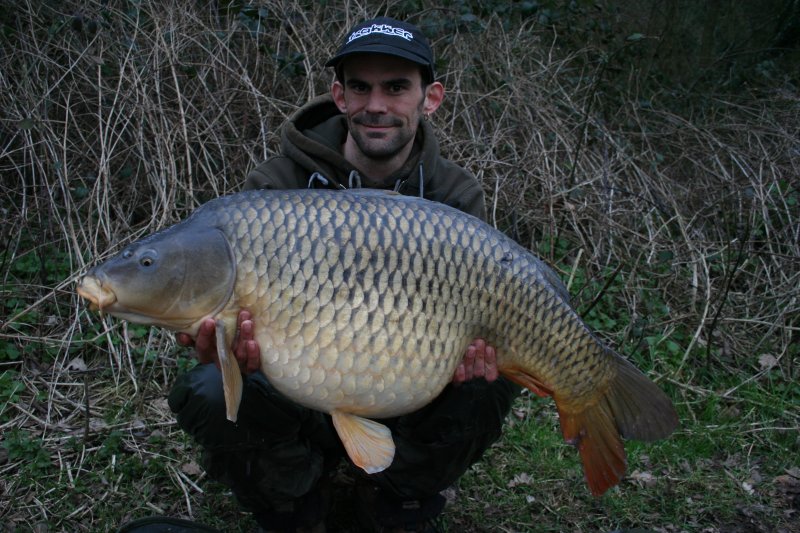 Sandhurst Lake has fast become well known due to the fantastic day ticket fishing it provides. Very few day ticket waters give you the chance of a 40lb carp but the Sandhurst venue record currently stands at 44lb with several more fish over the 40lb mark. It is a relatively shallow lake with depths from 2 to 10ft, with an average of approximately 5ft. The venue has undergone some great development over the last year so be quick if you fancy this one.

Sandhurst lake is known as the jewel of Yateley and with the current stock of scaley lumps it\’s easy to see why. Notoriously tricky during matches it can be often the case of 1 fish could be the difference in blanking or qualifying.

The draw was completed and the anglers made their way to their chosen swims. With sweltering hot conditions forecast fit the Saturday & Sunday the anglers were after a quick bite. Team Spombs Houghton/Picking were 1st off the mark but sadly the fish got away. Lost fish would prove costly for several pairs during the match. Next up was the 2015 champs Stringfellow/Adams but again the fish had other ideas and was bumped off when it managed to get its head down in some weed. Houghton/Picking had repositioned their rig and we\’re rewarded with another quick take resulting in a 13lb 02oz Mirror. The early action quickly faded and the Sandhurst Carp shut up shop.

As the first evening passed into night most anglers were hopeful of some night time action. The carp had other ideas though! It wasn\’t until 1st light that the 2nd fish of the match was slipped into Meyer/Swift landing net. The Nash boys had a 15lb Mirror and with their spot fizzing they were expecting more action to follow. But it was Moorcroft/Ledger who had the final action of the morning feeding spell. An opportunistic flick down the margin to feeding fish resulted in a fish known as Barry weighing 36lb and catapulting them into 1st place.

The sun was now beaming down on the lake and soon fish all over the lake could be seen cruising around the surface. The competitors tried all day to induce a take of the top but to no avail. In the heat of the afternoon some anglers spodded out again hoping that the early morning feeding spell would happen again on the final morning.

It was Moorcroft/Ledger 1st to call the Marshalls at 1st light with 2 fish to weigh in. A small stockie and another 30lber! 31lb 12oz which had all but sealed 1st place. They now sat on 78lb 08oz. Meyer/Swift had other ideas though. Feeling like they had not made the most of the previous mornings feeding spell made some subtle tweaks that resulted in a quick fire brace. Fish of 27lb & 23lb saw the pairing now only 12lb off the lead.

The feeding spell had gone just as quickly as it had come. Houghton/Picking were still clinging on in 3rd position with the 1 fish. The remaining pairs tried everything to winkle out a bite but it wasn\’t to be, much to the relief of a very relieved Houghton/Picking.