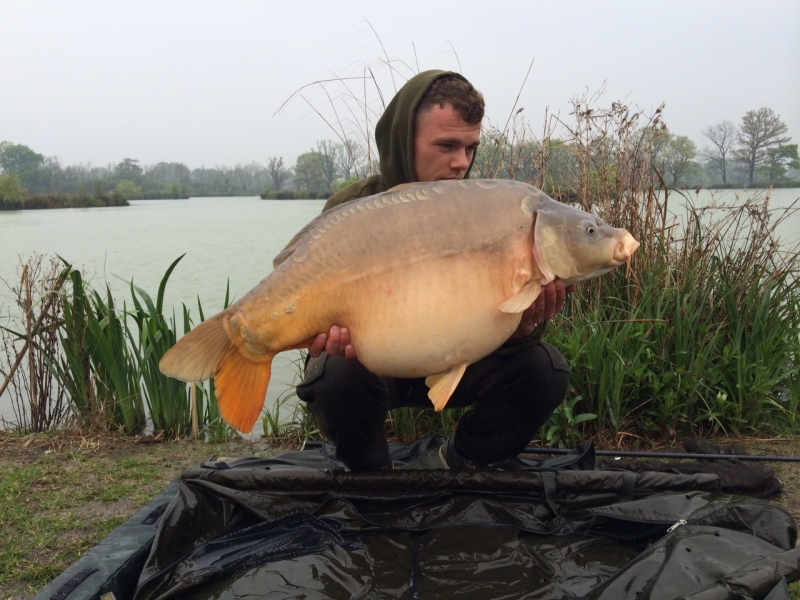 We head back to Orchard Place Farm for the forth year and this now established day ticket complex that’s creating quite a stir with local carp anglers. We have once again secured the much talked about Lake 7 and with carp to almost 50lb and an impressive head of 30lb fish present there is every chance the largest fish of the eliminators could come from here.

Orchard is one of the most popular of venues on the match circuit as the fishing can be fast and furious and with a good head of big fish, 30lb plus, it has, in the past, produced the “Wild Card” semi finalist for the biggest fish caught to a non qualifying pair.

There are, like with all lakes, favoured pegs and at the draw it was no surprise that everyone’s first three choices were taken first. BCAC veterans the Swain brothers plumped for the point swim, which has produced massive totals in the past. Billy and Ricky Dummer, who have qualified at the venue for the last five years, were next out and chose to go head to head with the Swains on the opposite point. The third of the most favoured pegs went to former BCAC Champions Rivers and Holmes.

From the off it looked like the lake was going to behave a little differently to the past with the three early fish coming to Ian Beedle and Paul Pointer in peg 11, and as we headed into the first night this was enough to give them a slender lead over the chasing pack which was headed by the Dummer brothers.

A few fish out overnight and a flurry of fish to Holmes and Rivers changed the leader board at the 10am update, with the  three favoured pegs producing a few fish, but not in the numbers that can normally be expected here. Which meant the things were still very tight, with only 20lb between 1st and 5th, where Tony Picardo and Jimmy Harris had managed three fish peg 1 at the back of the island that Holmes and Rivers were fishing to. Tony and Jimmy latter banked the biggest fish of the match a 31lb Mirror.

As we headed into Saturday evening the top three of, Holmes and Rivers, the Swain brothers and the Dummer brothers were starting to ease away, but only by 60lb or so, which is nothing by Orchard standards. The battle for the top three was incredibly tight with on 10lb between them all and ounces between 1st and 2nd.

Three fish on Saturday evening to the Swains’ jumped them into first spot as the last night loomed.

Overnight the fish got on the move a bit and by first thing Sunday morning the Dummers had put another 100lb on the board including a 26lb Mirror.

As the last few hours progressed it was clear that the fish had moved from Holmes and Rivers swim but they had done enough to secure third place. The Swains kept pushing hard but could not quiet do enough to catch the Dummer brothers who secured their 6th consecutive qualification from Orchard by winning the match.